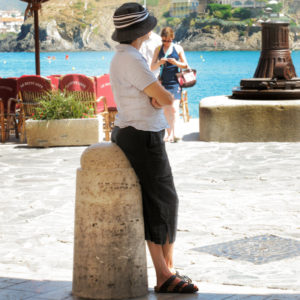 When I turned 50 my body
Hit me over the head and said,
“Pay attention to me.”

So I set about to stop “disparaging” my body
I took seriously it’s messages of pain and discomfort,
It’s need for exercise and care.

When I turned sixty,
I felt better than I had at 50.
I smugly said to myself,
and anyone who might listen:
“I want to age gracefully.”

I’m kicking and screaming approaching seventy.
It doesn’t help that in the last two years my body
has been trying to get my attention, again.
A fall on the bike: Be more careful!

But it’s been the headaches, ocular migraines.
They peaked last March.
I heard myself say,
“I feel defeated by my body.”
Then I really listened to my lament and heard,
“What is my body trying to tell me?”

I listened over several months and with it came awareness
And an interior place needing healing.
A deep wound came to light on my recent retreat.
All my life I’ve been trying to prove that I am worthy to be here.
Then Divine Mystery said to me,
“You are here because I sent you.
I need you to be Anne.
I need you now to stand up to your full height,
To share the wisdom from your years of struggle
That stills wants to come through you;
That god-given creation that is your body.
Celebrate it now and as long as you have breath.

My spiritual director offered,
“Listen to your body as though it were the voice of God.”
That’s my plan. 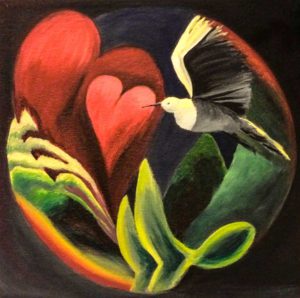 It was a day of grief and I let my tears flow. They were not primarily for those who lost their life in the First World War, although I am grateful to them for the sacrifices they made, and for the fact that one of them, my grandfather, came home. The memory of this factored into the day’s mix, and a rich mix it was.

“If it be your will, that I speak no more..”, echoed in my heart. These words penned by Leonard Cohen have nurtured my soul many times when I have questioned my own work and worth. I listened with tears to repeat CBC broadcasts of his voice, music and poetry.

Over the lunch hour, the CBC “Ontario Today” phone-in show invited to call, those recognizing and remembering others who also suffer as a result of war: civilians, parents, children, to tell their stories of loss. I cried at the memories shared and also at the anger expressed by some unwilling to care about the suffering of anyone other than those of their own “tribe.”

All of this was tinged in the bitter aftermath of a Trump victory by the thought that fear, negative energies, and numerous phobias, took hold of half the American electorate. And with gratitude for the chance of birth that makes me Canadian.

In the teary mix were some for people in my life who are experiencing the fresh grief of a difficult diagnosis, death of a loved one, and loss and brokenness in relationships.

When I teach, as I am presently, a course titled “Spiritual care to Dying and Grieving Persons”, I refer to the healing power of tears. I know it to be true from my own experience.

Don’t be afraid of your own. When life blind-sides you from without and within, let them flow. It’s the first step to healing and health.